Hiatus from the hiatus.

Okay, who knew it was going to kill me to stop blabbing my stupid book opinions for more than one day? The dandelions will just have to wait a minute, primarily because I have a question for you.

Has anyone out there ever read a Wally Lamb book? He's the author of the Oprah books She's Come Undone and I Know This Much is True, as well as the new novel (based partially on the Columbine school shootings) titled The Hour I First Believed.

I've never read any Wally Lambs (as I typically stay well clear of books longer than 500 pages, which all of his are), but I'm about halfway through The Hour I First Believed. And here's my question: Would it be fair to describe him as trumped-up, literary Jodi Picoult? That's just a feeling I'm getting, and it may be unfair, but I wondered if anyone else had ever had that feeling as well.

Last but not least, please excuse me while I use the blog as a title dumping ground for nonfiction books from the library that I don't have time to read right now but definitely want to get back in the future. I recognize this will be largely an exercise in futility, as by the time I come back to these books, roughly a million more nonfiction books that I will want to read will have been published, but you can't blame me for trying. So here's a few hiatus quick reviews:

The Big Necessity: The Unmentionable World of Human Waste and Why It Matters, by Rose George. This book looks so, so awesome I don't even know where to start. I'll just start where she does, quoting a Nepali sanitation activist: "Just as HIV/AIDS cannot be discussed without talking frankly about sex, so the problem of sanitation cannot be discussed without talking frankly about shit."

The Pessimist's Guide to History, by Doris Flexner and Stuart Berg Flexner. A compendium of horrific and horrifying historical events arranged by year. I totally want to make a line of "What was Happening When You Were Born!" birthday cards listing historical events from this book. But then, I am a pessimist.

The Thoreau You Don't Know, by Robert Sullivan. If any author rivals my love for William Langewiesche, it is Robert Sullivan, author of the superlative micro-history Rats. I love him. I couldn't care less about Thoreau, but I'll follow Sullivan wherever he leads.

Becoming Queen, by Kate Williams. Beautiful and readable looking British history, about the life of Queen Victoria. A must-read for Anglophiles everywhere.

Now this is the stuff of nightmares.

Just a week ago I was having nightmares from Cormac McCarthy's The Road, a dark novel of the apocalypse. Now I'm having them* from the most buzzed-about, feel-good, coming-of-age bestselling novel of the summer: David Wroblewski's The Story of Edgar Sawtelle. 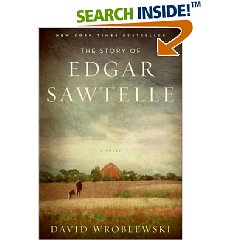 Now, granted. This is a novel about a boy and his dogs. I am not a dog person. Emphatically.** Ergo, I had no business reading this novel. But it had buzz! It's a first novel! It's set in northern Wisconsin! It's a bestseller! I felt that I had to.

Here's the first issue; the book synopsis is: "Born mute, speaking only in sign, Edgar Sawtelle leads an idyllic life with his parents on their farm in remote northern Wisconsin. For generations, the Sawtelles have raised and trained a fictional breed of dog whose thoughtful companionship is epitomized by Almondine, Edgar's lifelong friend and ally. But with the unexpected return of Claude, Edgar's paternal uncle, turmoil consumes the Sawtelles' once peaceful home. When Edgar's father dies suddenly, Claude insinuates himself into the life of the farm--and into Edgar's mother's affections." (From the dust jacket.)

Sound familiar? That's right--we have a modern day retelling of Hamlet on our hands. (Or, as one reviewer has referred to it, Hamlet meets Huck Finn.) It probably doesn't help that I've already read one modern retelling of Hamlet this year (and it was a LOT better), or that Jane Smiley's A Thousand Acres, a retelling of King Lear, is one of my most-hated books ever. And I like it when old stories are cleverly retold. But Hamlet meets Huck Finn? God, talk about trading on the literary reputation of others.

Third issue: This book is 562 pages long. Maybe if I was the type of person who got four or more weeks of vacation a year, that would be acceptable. I don't, and it's not. Even if Wroblewski was going for a massive American epic marriage between Hamlet and Huck Finn (God help us), I'm sorry, but you should be able to do that in 400 pages. Where have all the good editors gone? 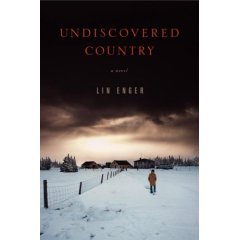 So yes. I am defying everyone who has loved this book, which is evidently pretty much all the reviewers and the majority of the American book-buying public when I say: Skip it. I don't care. I feel good saying it. And, also? If you're looking for Shakespeare retellings, try Lin Enger's Undiscovered Country (which is the other Hamlet book I read this year). Sure, it's a YA novel, but it's only 320 pages and roughly a million times better. Or, if you need a movie instead of a book, even watching the BBC's modern adaption of Macbeth (with James McAvoy, rowr) will still save you hours.

*I'm not kidding. Last night I dreamt I was reading some other novel, and although it was pretty good, the last chapter was told from a dog's point of view. I woke up screaming.

**This situation is not helped by living in a neighborhood where some of our "neighbors" regularly let their huge stupid dogs wander around unleashed.

Well, I feel a bit like I've really accomplished something this week, when all I've really done is listened to all eighteen CDs of Alison Weir's biography Queen Isabella: Treachery, Adultery, and Murder in Medieval England. I've been working on it for a month. If I'm this tired after listening to it, I can only imagine how tired Weir must have been after writing it! 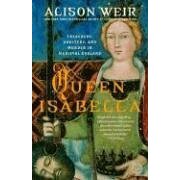 I've been reading enough English history that I'm starting to feel the real story in British history has been the women. Seems like most of the men Kings kept themselves pretty busy with mistresses (male and female), tournaments, and fighting battles on and off, while Queens, like Eleanor of Aquitaine and Isabella, were negotiating peace treaties, pulling political strings, and oh yeah, having all the babies. Just think about it; the sheer mass of ruling time, particularly during the past few centuries, for one thing, has been all girl: Elizabeth II and Victoria (not to mention, a bit further back, Elizabeth 1). Pretty wild stuff.

The book itself? Pretty good, but more suited for listening to than reading. Weir's always a bit detailed for me (but then,I always was a lazy student, so that makes sense) but it's perfect to listen to while washing the dishes. She started a chapter, I got the gist, I daydreamed for a while and washed a couple of plates, and when I came back to reality chances were pretty good that she was still on the same story so I didn't feel like I'd missed much. All in all I'd recommend it simply because it did give me the impression that Isabella was one formidable woman (you don't just overthrow your husband, the King, and set your son up in his place if you're the retiring sort, nor do you earn the nickname the "She-Wolf of France").

Posted at 09:30 AM in Biography, History, Long, Relationships | Permalink | Comments (3)